The Supercar Challenge powered by HANKOOK has been a leading FIA-approved National racing class for years with a beautiful calendar and a good atmosphere.

In recent years, more than 160 races have been held during major events on numerous circuits, such as of course on the Dutch circuits, Zandvoort and the TT Circuit Assen. But also across the border, in Belgium at Circuit Zolder and the famous Spa Francorchamps, in Germany we have raced on the Nürburgring, Hockenheim, Oschersleben and the Eurospeedway Lausitzring and in the UK on the circuits of Silverstone, Donington, Brands Hatch, Rockingham and Snetterton.

The races of the Supercar Challenge always take place on weekends. On the friday there are two free training sessions, and on saturday normally a qualification. There are two races, one on saturday and one on sunday. Both races will be 60 minutes +1 round and a mandatory pit stop will be made, in which a driver change is possible. The format is based on driving as much as possible in a short period of time, something that fits perfectly with the gentlemen drivers who like to let go of their busy lives on track....

Competitors in The Supercar Challenge bring all sorts of race cars, with almost all different amount of engine power. Therefor four divisions were created, namely, GT, Supersport 1, Supersport 2 and Sport. This classification is made on the basis of the ratio between the car weight and the engine power.

We as Team RaceArt can look back on many years of participation in the Supercar Challenge and have always found a suitable class for our different projects. Top years were our championships with the SRT Viper in 2014 and 2015, as well as the fierce battle in 2017 with the Porsche 991.

More about the Supercar Challenge 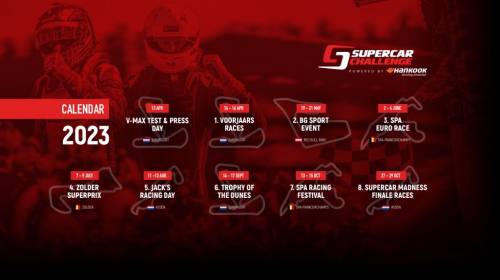