Discover exciting sprint races, intense duels and be part of the Porsche Family in the fastest one-make series of the Benelux. The serie is supported by Porsche Motorsport,  Porsche Belgium  and Porsche Netherlands. The Porsche Carrera Cup Benelux is contested with the Porsche 991 GT3 Cup Gen II. A light racing machine with an atmospheric 4-liter 6 cylinder engine with no less than 485 hp, fixed to a 6-speed sequential gearbox. The rigid chassis, the giant brakes, and the Michelin tyres provide impressive lap times on all circuits.

Fasten your seatbelts and start the engines!

The base of this success is the rich history of Porsche and its famous one make series. In 1990 the first Porsche Cup was born: Porsche Carrera Cup Deutschland. In 1993 the Porsche Supercup was founded and this successful series is still the opening race for Formula 1 events worldwide. In 2013 the Benelux series kicked off as the 20th Porsche one make series worldwide. Right from the start, the Cup had numerous fans and lots of interest from racing drivers and teams from all over Europe. Exciting events, famous racetracks and fair but close racing is what it’s all about.

Team RaceArt has been very active in Porsche Cup Racing in recent years, and not without success. We have won the AM-Class twice, and have even become vice-champion overall. 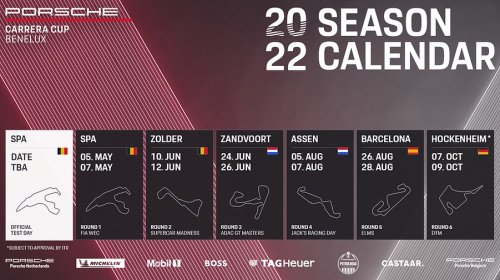 The Porsche Sprint Challenge Benelux (PSCB) is a true Porsche championschip. In this class you will find amateur & gentlemen drivers and the young talents whom after karting take their first steps in the Porsche racing world. The championship consists of six events. Three are ridden in the Netherlands and three in Belgium. This is done in 2-day events, according to the format below:

The races are split into 2x Sprint race of 25 min each, and 1x Long Race 60 min with 1 mandatory pit stop/driver change 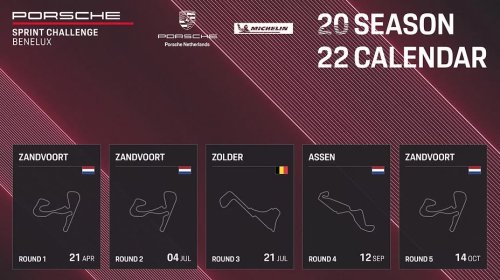