Maastricht, April 16, 2021 - Team RaceArt-Kroymans had to stop the first round of the 2021 Ferrari Challenge season in the first race. A collision could not be avoided due to a late braking by Roger Grouwels.  Unfortunately, the damage was too great to continue participating in the race weekend.

By winning both the European and the global championship in the Coppa Shell in 2020, Team RaceArt-Kroymans has been promoted to a higher class for the 2021 season: the Trofeo Pirelli AM. This class is normally reserved for the “young dogs” and really professional drivers. The driving style is therefore usually a bit more aggressive than in the Coppa Shell.

“The starting field of the Trofeo Pirelli is extremely competitive. We hoped for a top 5 ranking in the AM class. But the speed had been lacking for us all weekend, so we were further behind on the grid than expected. In the rush of the first lap in race one, Roger missed the correct braking point. With the intention to defend his position, in combination with cold tires, a collision was unfortunately unavoidable.

An apology to drivers Roman Zieman (FML-D2P) and Marco Pulcini (Rossocorsa - Pellin Racing), who were unable to continue the race due to the collision, is in order.

Our car was so damaged that we decided not to participate in the second race of the weekend. The data we have collected will be carefully examined to also explain the slow speed. The goal remains a top 5 finish in the Trofeo Pirelli AM category. ”

As a result of causing the collision, the team was awarded a 5-place grid penalty. This will be imposed after the first qualifying in the next race. The next race weekend in Austria on the Red Bull ring, the first race starts again in the rear, unfortunately. This will take place again on the weekend of May 1 and 2. 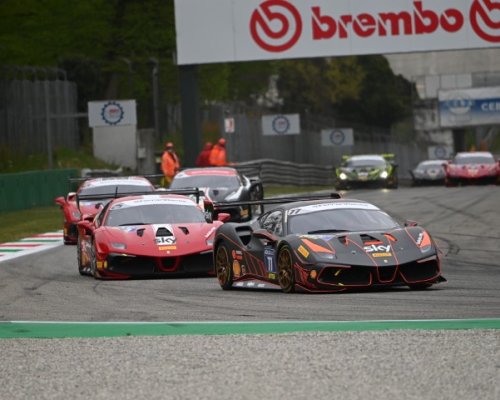 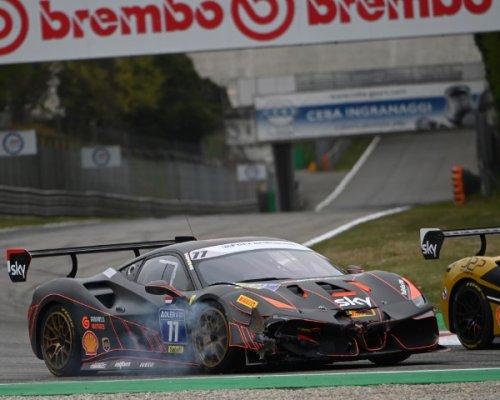