Team RaceArt-Kroymans back on the podium

Maastricht, 30 August  2021 – Team RaceArt-Kroymans and Roger Grouwels turned out to be a golden duo in the 2020 season and claimed  the Coppa Shell title. In 2021,  they made the jump to the Trofeo Pirelli AM. Last weekend, the team was again to appear on the podium twice during the Ferrari Challenge at the Nürburgring.

With a completely new livery on the Ferrari 488 Challenge Evo, the team started exploring the track on Friday. The whole weekend the weather was very unpredictable, which made finding the right strategy difficult. In the first qualifying Roger Grouwels ran a time of 2:16.526, good for a fourth starting position during the race. In the second qualifying, Grouwels was a second faster with a time of 2:15.542 and a third starting position.

The wet track caused several spins during both races. At the start things went wrong for polesitter Delacour and Laskowski, and Grouwels got behind Cozzi in second place out of turn one. Grouwels was then able to put Cozzi under pressure, and with a nicely aligned overtaking maneuver took over the first place. Brunsborg had suffered damage at the start and had to park his car with a smoking engine halfway through the race, which resulted in a long-term safety car. The battle for second place was thus fuelled and eventually Alessandro Cozzi had to give up after a collision with Roman Ziemian . Just before the end of the race, Ange Barde managed to get close to Grouwels but Grouwels was able to keep his position and thus cross the line first.

The second race of the weekend was also dominated by a soaking wet track and the Safety Car. Because there were minimal overtaking opportunities, Grouwels was able to maintain his position and thus reach the finish line in third in the AM class.

Roger Grouwels says: "In qualifying on Saturday I couldn't fully express myself but the race was really 'my' race. At the start I took different positions and found the space to pass Sergio Paulet in the first corner and get out in second place. The second race also went according to plan, so I collected a number of useful points for the general classification. It's a wonderful feeling to climb the top step of the podium again after such a long time."

In the weekend of 11 and 12 September, the Ferrari Challenge will travel to the Belgian Spa-Francorchamps: an iconic circuit with technical sections such as Eau Rouge and Blanchimont. 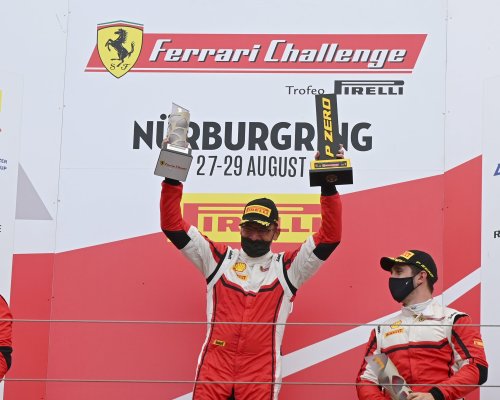 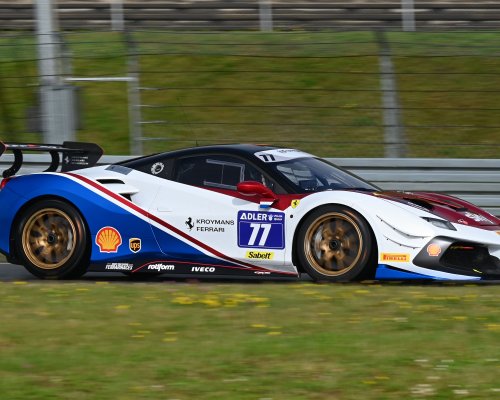 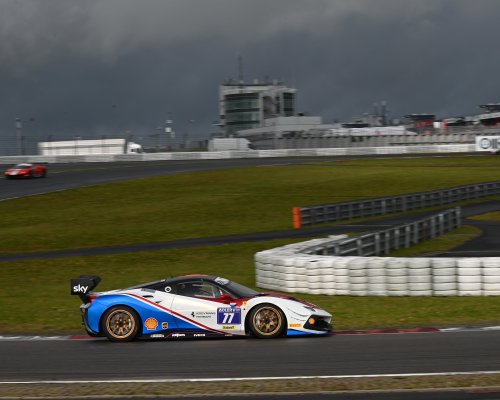 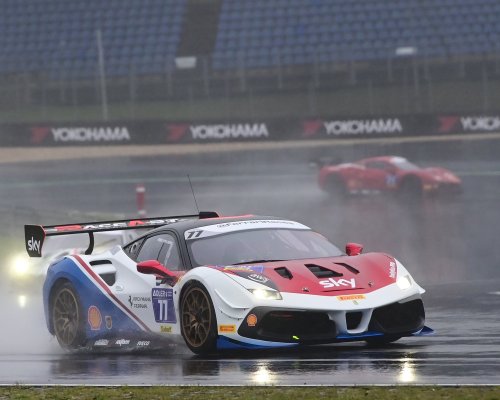 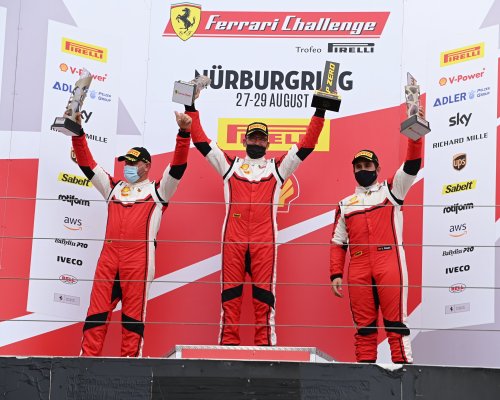 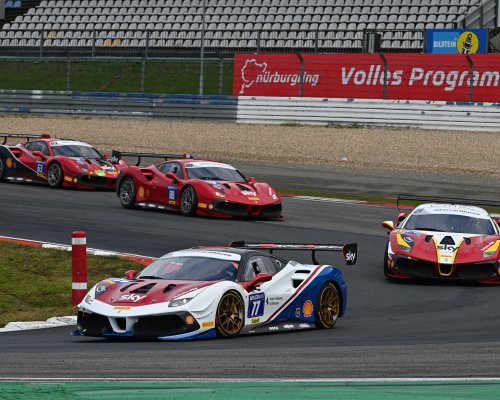