Maastricht, September 30, 2020 - Roger Grouwels has won the Ferrari Challenge (Coppa Shell) championship in his debut season. In theory victories were not necessary, but he managed to cross the finish line first in both races. As a result, the distance between Grouwels and number 2 - Ernst Kirchmayr (Baron Motorsport ) - is too great to be bridged.

Qualifications
The first qualifying session of the weekend was held on Saturday morning, resulting in a second starting place. Roger Grouwels drove a time of 1: 37.054 in the gray-orange Ferrari 488 Challenge Evo, behind Ernst Kirchmayr (Baron Motorsport) and Christian Kinch (Formula Racing). Just like in the first qualifying, Grouwels was also one of the first cars out in the second qualifying. Thanks in part to light traffic, he set the best time until Christian Kinch turned out to be six hundredth faster and thus secured pole position. Grouwels came in second with a time of 1: 36.583, ahead of Ernst Kirchmayr.

Races
For a long time it seemed that Roger Grouwels could not catch up in the first race, until shortly before the end of the race. Ernst Kirchmayr, who started from pole position, was passed by a clever move in the final stages of the race and was unable to react. Grouwels was allowed to step on the highest step, with Ernst Kirchmayr and Christian Kinch at numbers 2 and 3. The second race was filled with great actions and exciting moments. Grouwels was already overtaken by Kirchmayr in the first corner and thus ended up in place 3. When the first raindrops fell, Grouwels managed to keep control and still get the first place. It was exciting until the last second because Kirchmayr caught up with Grouwels and finished second with half a second. In theory, finishing the race was enough,but there is no better way to become a champion than to give it your all until the last minute.

Reactions
Roger Grouwels, who also had his birthday during the weekend, is very happy: “First place on my birthday! Unfortunately the start was not good in the first race, but I held on and was waiting for a mistake from Ernst Kirchmayr. It didn't come, but I still managed to get first place in the third corner. ” But especially about the second race and winning the championship, Grouwels was very happy: “Today again finished first and thus became champion. I would like to thank my team for this, the mechanics and engineers worked so hard that I just had to bring the car home. ”

Marwin Moonen, team manager for team RaceArt-Kroymans, is happy to join this. “The car immediately felt good and familiar to Roger from the first lap. This also made it possible to achieve a good result in the qualifications, which in turn laid a foundation for both race results. And then to win the European Championship with a double victory, it couldn't be better, can it? On to the Finali Mondiali with good hope, where we set our sights on the icing on the cake, the world title in the Ferrari Challenge Coppa Shell….

Finali Mondiali
Once again the Misano circuit is the setting for the next and final race weekend that will be held from 5 to 8 November. During this Finali Mondiali, the cars can be seen in action for the last time this year. During the event, the Corse Clienti and F1 Clienti will also be present to explore the Italian track. 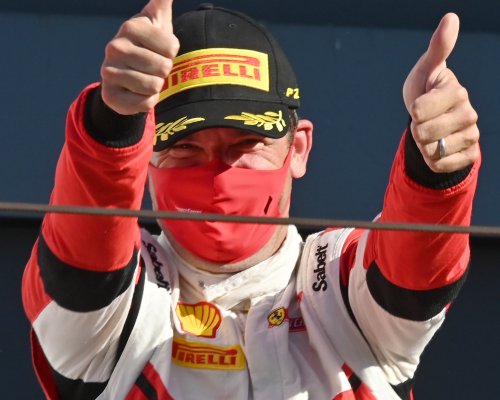 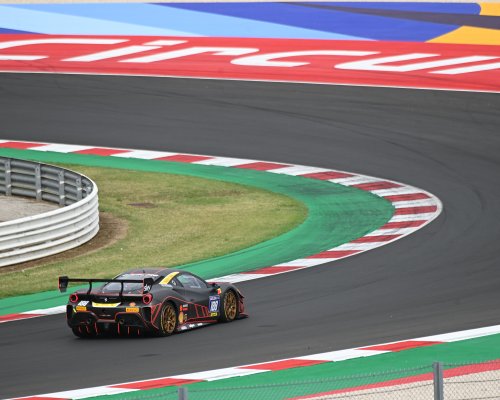 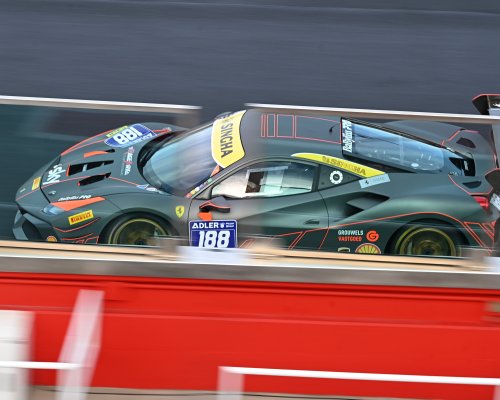 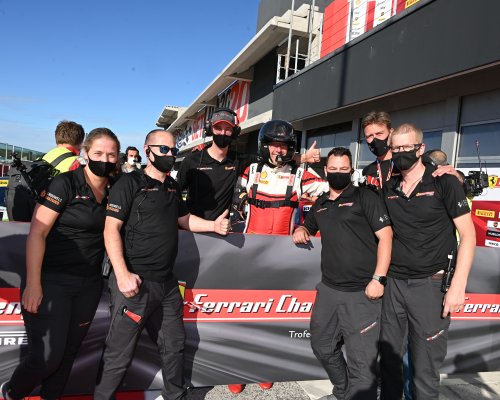 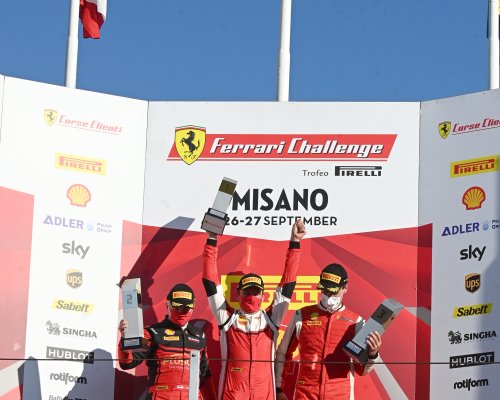 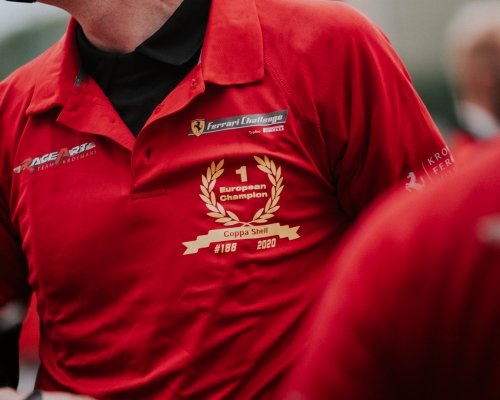